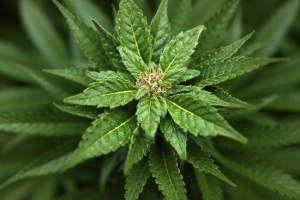 The public debate on marijuana is bogged down. The reason? Because too many lobbyists and organizations are mixing and matching – in an often cynical and politically manipulative way – what are essentially three items for consideration.

1. The public health aspect of recreational marijuana use.

Smoking anything is bad for you, period. Inhaling an actively combusting substance into your lungs does damage to your lungs and can lead to cancer, lung and heart disease. This is true for tobacco, marijuana, or anything else that you light on fire and inhale. In addition – and this is often overlooked in popular discourse – there is good evidence that marijuana impairs cognitive development in young people and may exacerbate some mental health issues. Finally, there are concerns about impairment when on the job or driving. Now, we don’t need to invoke reefer madness here, but let’s not pretend that marijuana doesn’t pose a public health risk. Like alcohol and tobacco, marijuana is a drug that can do harm.

2. The potential role of cannabis as a medicinal or therapeutic agent.

On this, good quality evidence is in short supply. Medical marijuana (MM) advocates frequently cite literature on its benefits but for the most part, these are small studies with flawed methodology and are, at best, hypothesis-generating rather than conclusive evidence of benefit. So yes – there is research, but the quality of the research, for the most part, is not sufficiently robust to draw definitive conclusions. Some work is now being planned and launched – notably, the Arthritis Society has announced plans to fund a good trial on medical marijuana for joint pain. Given that well over half of all authorizations for MM in Canada are for arthritis sufferers, this trial will be welcomed (although I hope its not the smoked form that is being evaluated…)

Many people claim that MM has helped them get relief from a number of ailments and conditions. These patients and their legitimate views and opinions cannot be just blithely dismissed. However, good clinical trials are needed before marijuana can be embraced as a mainstream, first line medicine. The history of medicine is full of stories of treatments that appeared to be very promising based on anecdotal evidence, only to be shown to be ineffective or harmful after being subjected to rigorous randomized controlled clinical trials. In general, treatments that seem “too good to be true” usually are. In the current legal and regulatory environment, in which marijuana advocates can essentially say anything they want and make any claim they wish, outrageous assertions – including that marijuana can cure cancer – are floating around out there and significantly misleading Canadians. Furthermore, the co-opting of scientific language by many advocates in order to confer on MM an air of legitimacy is truly pseudoscience at its worst.

The appropriate role for marijuana in our therapeutic toolbox – which patients, which conditions, and what dose – remains to be proven. We need to support good research so that we can find out what the role of MM is and should be. Until then, the College of Family Physicians of Canada has issued evidence-based guidelines for physicians who wish to authorize MM for their patients. The guidelines recognize that there may be a role but set out important cautionary language – it should not be authorized for people under 25, for example, and it should likely only be used for neuropathic pain as a second or third line therapy.

Doctors should be wary of MM detailers who are seeking to benefit from the current “wild west” regulatory environment. We need to evaluate the evidence carefully and always weigh risk versus potential benefit. Our patients deserve nothing less.

3. The question of decriminalization or legalization of recreational marijuana.

The federal Liberals support legalization, the NDP supports decriminalization, and the Conservatives support the status quo. What is clear, though, is that none of the three parties want Canadians to smoke more marijuana. Just like none of them want us to smoke more cigarettes or drink more alcohol. The question, really, is this: does the status quo, decriminalization, or legalization and regulation of marijuana best serve the objective of reducing the use of marijuana recreationally? There is room for debate on this – but not in a way that misrepresents parties’ view on the other two marijuana questions as outlined above. One can be pro-legalization and be very concerned about the public health risk. Or, one can be very optimistic about MM but wary about decriminalization or legalization.

The marijuana discussion environment in Canada is highly politicized at the moment. As patients, voters and Canadians, we should demand a higher level of discussion. The health of Canadians should not be a partisan issue.